2020 PhD position at INSERM/Univ. Lille in the context of the PEARL program

We propose a thesis subject, which will begin in October 2019 and will be financed by a doctoral grant from the University of Lille, on the subject :

If you wish to apply on this thesis, at first please send us an email. The description of the research topic is also available in a PDF document. 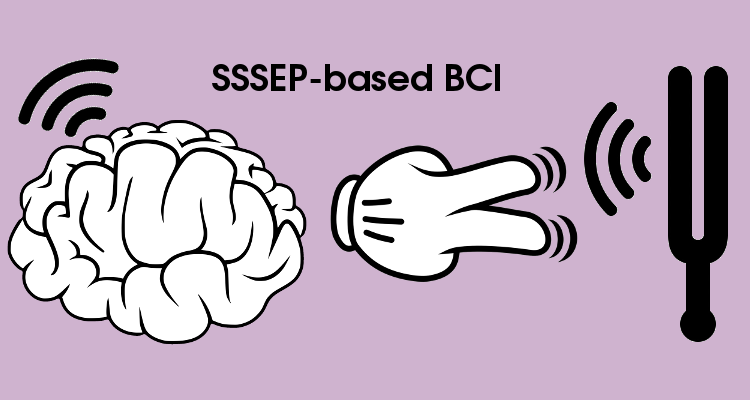 The objective of this thesis is to evaluate the possibilities offered by a modality of interfacing the human brain to a computer that has barely been studied to date, namely the evocation then the detection of somatosensory potentials. Multiple categories of brain-computer interfaces (BCI) have been proposed over the last twenty years. Nevertheless, very few concrete applications are available to date for end users. The few interfacing modalities that could establish a reliable communication channel imply monopolizing the visual system of the user, thereby prohibiting an immense number of applications in which the latter must above all observe his environment. Some studies have focused on the exploitation of steady-state somatosensory evoked potentials (SSSEP), which are detectable in the brain signals of an individual when the latter perceives, for example, repetitive tactile stimulations. These are the stimulation modalities that we will study during this thesis, as well as the possibilities of BCI interaction that they could enable.

For more than ten years, researchers of the BCI team at the CRIStAL laboratory have been studying the possibilities offered by BCIs to compensate for severe motor disabilities. In particular, they evaluated the potential contributions of hybrid BCIs to provide communication support for people affected by neuromuscular diseases such as Duchenne muscular dystrophy [1,2]. The team has acquired several electroencephalography (EEG) recording systems that allow it to conduct upstream experimental studies independently, but it has also established privileged contacts with the clinical neurophysiology department at Lille University Hospital. This work environment makes it possible to envisage in the short term the realization of clinical studies, as well on healthy subjects as pathological, in order to validate the methodological approaches which will justify the interest of the new modality of interaction by evocation then detection of SSSEP.

The bibliographic study will cover both methodological aspects and theoretical aspects. First of all, it will aim to establishing a state of the art of the methods which make it possible to reliably evoke somesthetic potentials (SEP). Some studies, already old, have mentioned effective tactile devices [3] that make it possible to evoke steady-state SEPs, that is to say, to induce oscillations of the activities of neuron populations from the primary sensory cortex at a frequency identical to that of tactile stimulation. A preliminary study was conducted in the BCI team during a Master 2 internship, which showed the difficulty of reproducing the experiments reported in these articles. The state of the art analysis should make it possible to select the stimulation methods that can be reproduced in the local work environment, with a goal to defining a first clinical experiment that will take place at the end of the first year of the thesis.

From a theoretical point of view, it will be a question of studying signal processing methods that allow the detection of SSSEP oscillations in EEG signals. These electrophysiological signals are excessively noisy and a preponderant part of the brain activity of the individual is not correlated with the repetitive tactile stimulation that he perceives, making the problem of detection very complex. Firstly, it will be necessary to evaluate the contribution, for the detection of oscillations induced by a stimulation, of the usual techniques of EEG signal processing: spatial and temporal filtering, sources localization, fusion of information extracted from several signals, consistency analysis, etc. Then, it will also be necessary to propose and evaluate the efficiency of methods that allow to highlight temporal variations of the EEG signals that are not necessarily periodic. For example, we could consider using tactile stimulation by a pseudo-random binary sequence (PRBS), which has been done recently for visual paradigms [4].

On the basis of these initial studies, the thesis work will consist in proposing and testing the efficiency of BCI paradigms exploiting SSSEPs. For example, we know that the attention paid by the individual to a particular stimulation modulates the amplitude of the cortical oscillations that the latter induces [5]. It is also known that the amplitude of the oscillations evoked by a sensory stimulus is modulated when the individual realizes or imagines a movement (“gating” phenomenon, [6]). These two examples, but not only, make it possible to imagine that new interaction techniques must be possible, in which the mental activity of the individual would lead to modulations of SEPs, stationary or not, that the computer could detect in the signals.